There is always such a giddy feeling when I arrive at a rally.  The tableau of other riders, the sounds of the different engines, and meeting so many passionate people with a common bond revs my soul. No matter riders’ age, gender, life preferences, personalities; the distinction and common bond of being motorcycle riders and enthusiasts puts us all in a wonderful class unto ourselves. On the weekend of July 13th through 15th it just so happened that we motorcycle rally attendees had another bond in common: sisterhood. Camarillo, California, was the location for the 13th Annual Women’s Sportbike Rally (WSR) West. Started as a grassroots effort on the East Coast designed by sportbike riding women for sportbike riding women, the  three-day event offers the sisterhood of similarly-minded enthusiasts as well as support with a weekend full of  workshops, group rides, and activities. Now in its 4th year on the West Coast, Brittany Morrow is Director and Joanne Donn, a.k.a. Gearchic, is National Marketing Manager.

Morrow and Donn, expanding upon the efforts of event founders Stephani  McIntyre and Kiri Hunter, have grown the event from grassroots to grand spanning both coasts and hundreds  of annual attendees since the event’s s inception. WSR West itself has expanded to 60+ mostly sportbike participants, although some ladies, like myself, showed up on cruisers and other machines. All types of riders were embraced at the event, and while the majority of machines were true to the rally theme, there was an overwhelming feeling of inclusion for all riders. 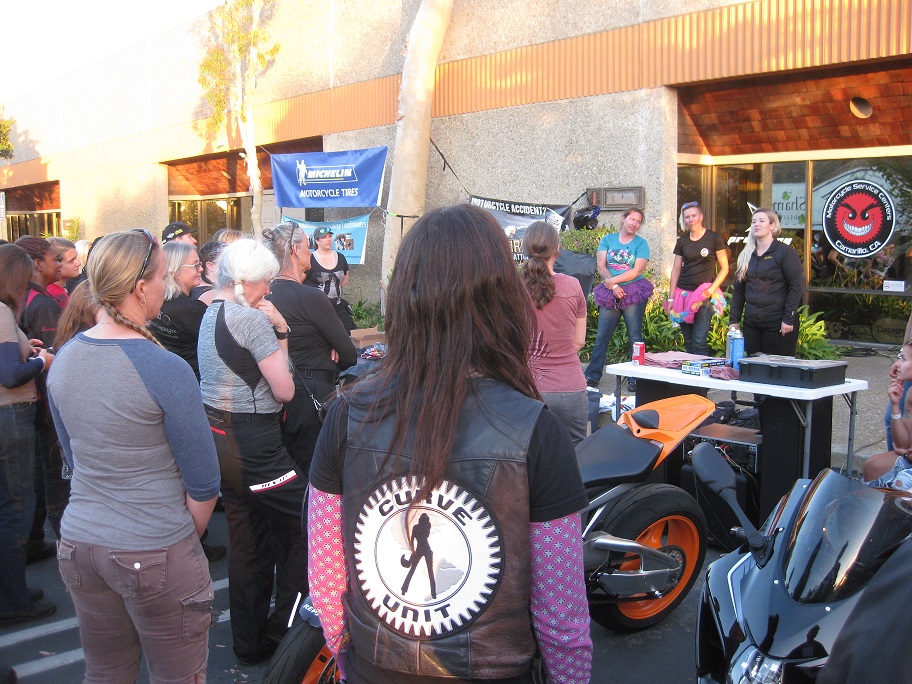 “It’s important that all of the women need to know that they’re not alone. To [let them] know that we ALL have struggled as some point,” said Donn. “We ALL started riding at a slow pace, made mistakes, dropped our bikes, and failed miserably. But, we all got back up and kept going because we knew we could do it. I want all of these women to know they can do it too. Especially the newer riders who need mentorship and positive female role models like Brittany, myself, and so many of the ladies they will meet at WSR.” 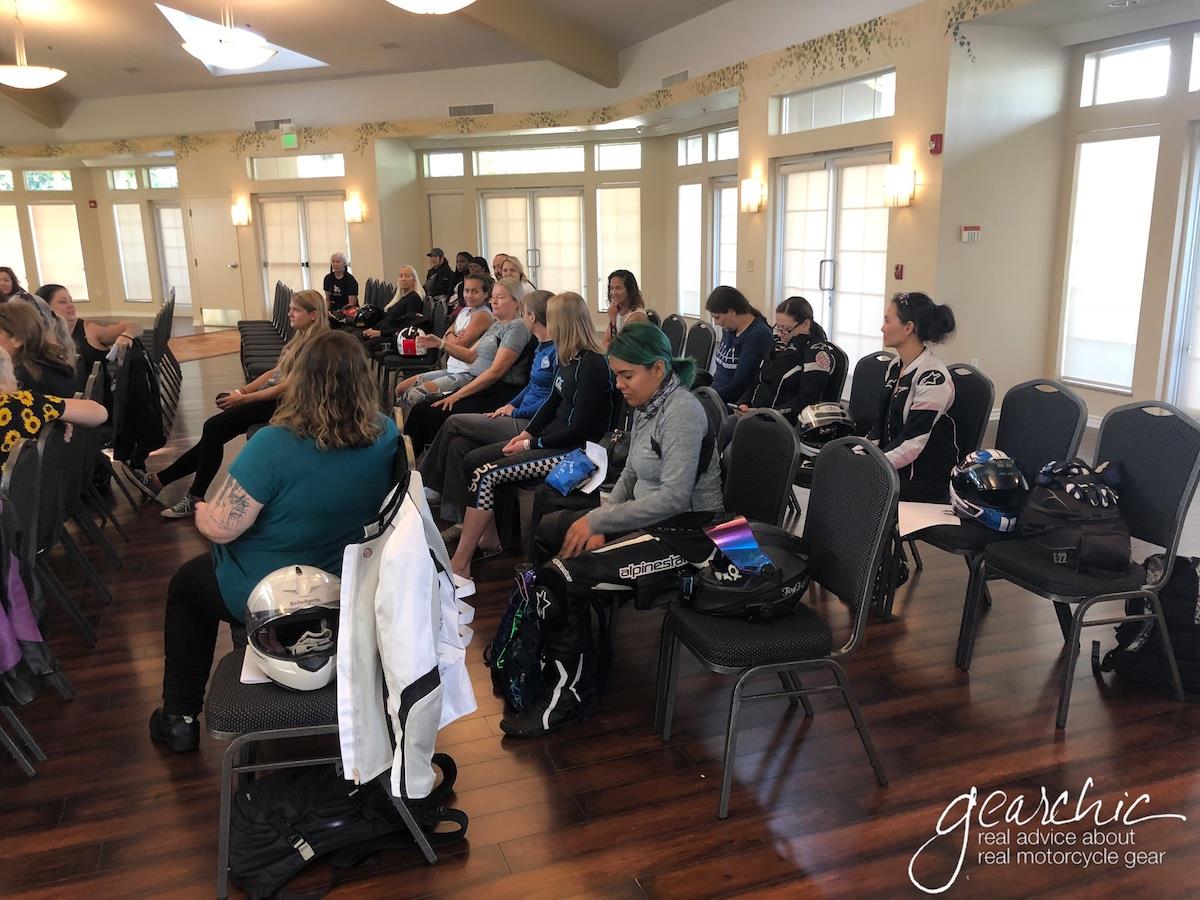 Group rides were segregated first according to rider comfort level, and secondly according to what each individual wanted to get from the ride. The Advanced ride was a long ride with plenty of canyon riding and stunning views of mountains, with yours truly on my Indian Roadmaster as chase. The Intermediate ride headed out to Mulholland Highway and stopped by the world famous Rock Store. The Relaxed / Newbie ride went along the Pacific Coast Highway beside the ocean to Malibu and stopped for lunch at Duke’s of Malibu, right on the Pacific Ocean. 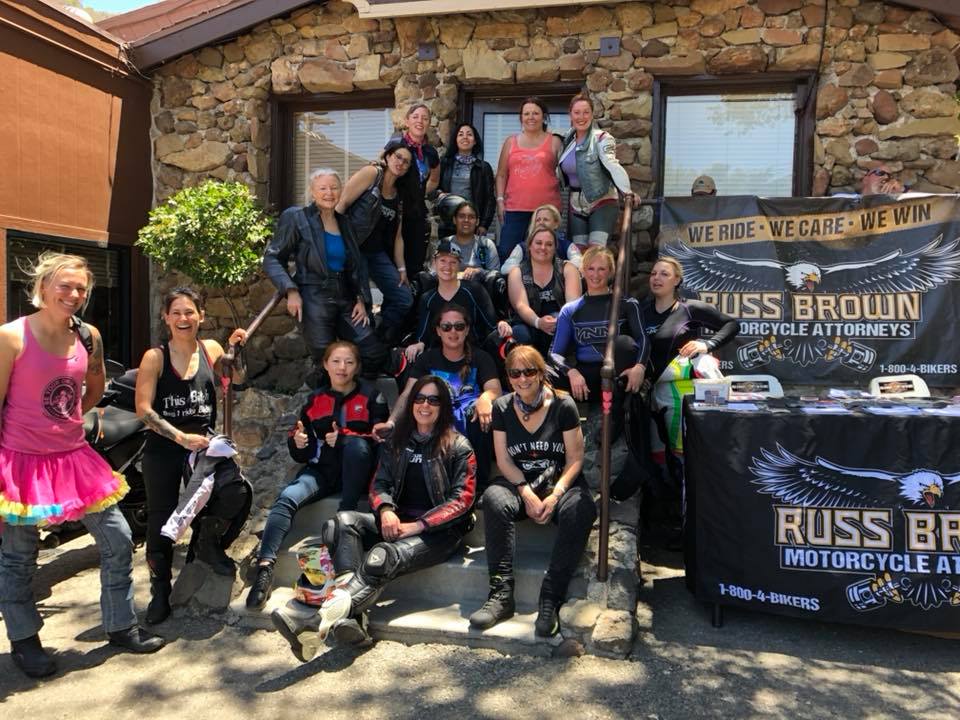 Each ride offered its uniquely beautiful views, smells, and sounds, with each rider taking away their own experience. What fun it was to return to “base” and witness the transformational magic that occurred within each group. Few things compared to hearing the chorus of engines echoing off the landscape, and lots of new friendships were made. There were mentors aplenty all sharing their knowledge and information. “I was a bit apprehensive at first. I wasn’t sure I was ready to go to a rally,” said event first-timer and self-described ‘newbie’ rider Lynn Lopez. “I wasn’t really sure what to expect, and I was afraid I wouldn’t be able to keep up. Initially, I only signed up for the workshops and such…but everyone here, Brittany and Joanne and all of the other ladies, have been so wonderful! I never felt unwelcome or out of place, and as a ‘newbie’ that’s saying a lot. I’ve learned so much this weekend. I even did the ride out to Malibu!” Meals were tastier with new friendships made and punctuated with anecdotes and plenty of laughter. Throughout the event there were several raffles, multiple workshops– everything from maintenance to first aid, to gear and more. Evenings were full of fun, with a Friday night bike night sponsored by ICON Motosports and held at Motorcycle Service Centers.  Saturday night was movie night, and the ladies were encouraged to come in their pajamas to eat popcorn and ice cream, all while watching classic motorcycle movies. 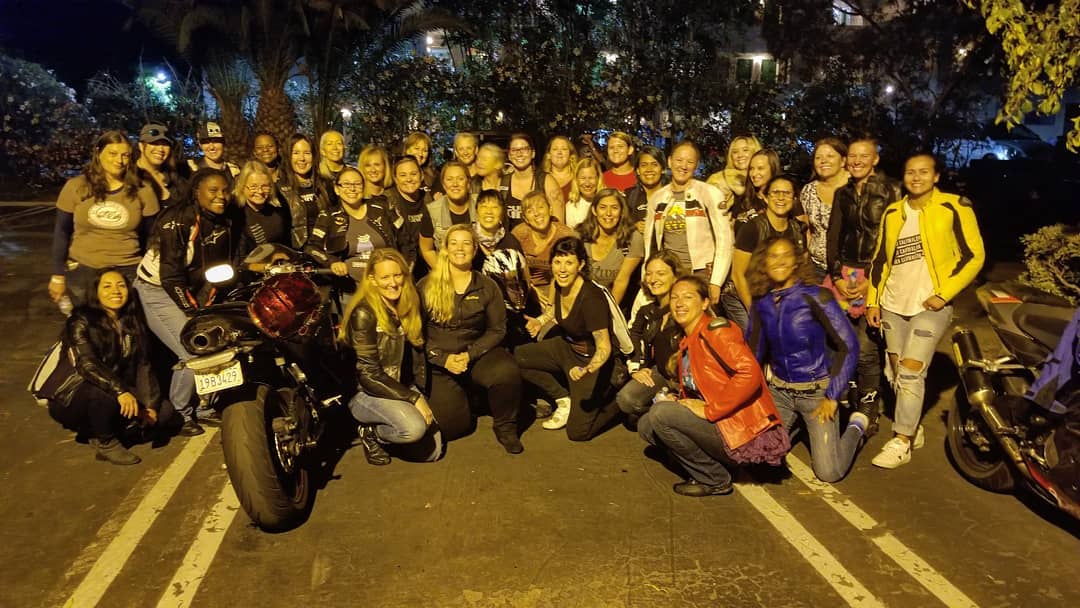 “I believe it is important to celebrate the similarities we have, especially as women who do an extremely uncommon activity,” said Morrow. “Encouragement and education is empowering, and it can lead women to grow, both as riders and as humans. While we aren’t the same, we have a common thread that binds us all together. If we tug on that thread a little, no one will feel alone…even when struggling with fear, or learning a new skill (we’ve all been there). For me, the rally is just a big tug…a reminder to always move forward, learn, grow, and pass it on.”