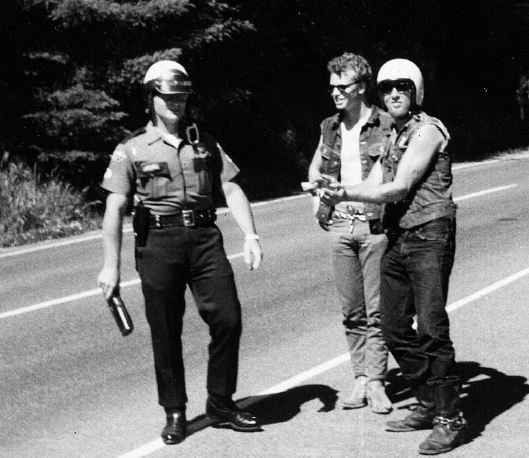 A Survey for All Motorcyclists: Have You Been Profiled?

The Motorcycle Profiling Project is following the success of the initial survey with the 2016-2017 NMPS, intended to more accurately define ongoing profiling trends so resources and attention can be focused on the areas that need it the most. The 2016-17 survey has already surpassed 5,000 participants in the first 100 days. Please take the time to participate in the survey.

As the movement to end motorcycle profiling continues to gain momentum, statistical data and demographic information are an important tool in the efforts to obtain legislative relief across the country.

NO PERSONAL DATA IS REQUIRED! YOUR PRIVACY AND ANONYMITY ARE IMPORTANT AND RESPECTED. By asking for no more than your zip code and email, which is completely voluntary, there is no personal information to maintain or protect.

Participation is critical and will have long lasting, positive impacts on the motorcycling community. 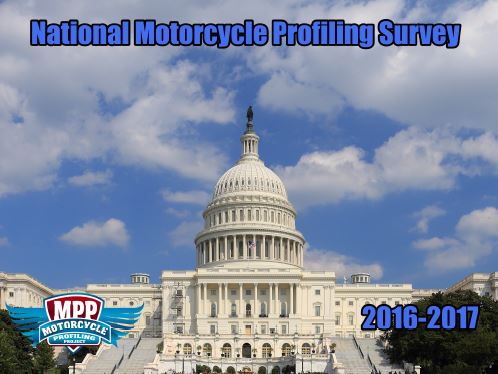 Laws addressing motorcycle profiling have been adopted in two states (WA & MD) and national rights organization like the Motorcycle Riders Foundation are currently lobbying for federal relief. Although many motorcyclists agree that profiling is an issue, until now there has never been any statistical data quantifying the scope of the problem. At the end of 2016, the National Motorcycle Profiling Survey 2015-2016 (NMPS) concluded and the results definitively prove that motorcycle profiling is an issue coast-to-coast. Many motorcyclists across the country have been targeted because they wear motorcycle related paraphernalia, not based on their behavior.

Millions Have Been Profiled The NMPS finds that over 50% of motorcyclists say they have been unjustifiably stopped by police at least once while riding their motorcycles. 37% say they have been unjustifiably stopped more than once. In real numbers, based on the American Motorcycle Association’s estimate of 10 million motorcyclists in this country, more than 5 million motorcyclists say they’ve been the victim of profiling at least once. 3.7 million say they’ve been profiled more than once.

Profiling is a Motorcycling Issue

43% of respondents have no club affiliations of any type. Yet over 50% say they have experienced profiling. Only 7% of respondents are members of 1% motorcycle clubs. Members of veterans clubs, Christian clubs, and even independents have been victims of unjustified stops. The perception that anti-profiling measures are primarily an issue impacting outlaw motorcycle clubs is invalidated by the data.

Almost 90% of Motorcyclists participate in electoral politics. According to the NMPS, 86% have voted in an election in the U.S. during the last 10 years. This is a very high number of registered voters for the sample size. Legislators ought to respond to their voting constituents confirmation that motorcycle profiling is a widespread issue in America. 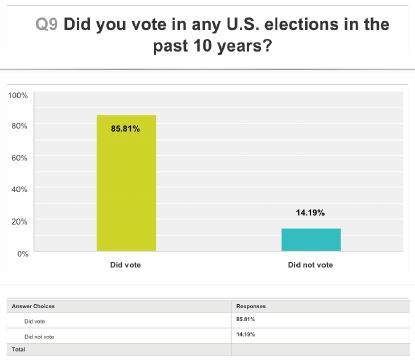