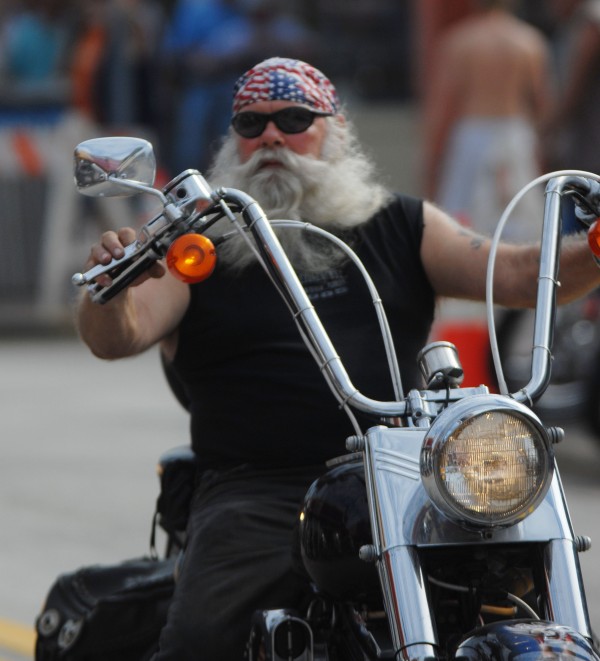 Arizona Motorcyclists Are Full Throttle Ahead in Working with State Legislatures

Motorcyclists from around Arizona have been lobbying their representatives to support HB 2345 in the current legislative session as the measure would do away with handlebar height restrictions and eliminate required grab bars for passengers.

This measure was pushed strongly by the ABATE of Arizona and Arizona Confederation of Motorcycle Clubs and, as of now the riding community is waiting to move the bill through the Rules committee and then on to the Senate floor for discussions and votes.

Currently, the law in Arizona requires that handlebars must be shoulder height; however, riders have found that in the morning a person may sit more erect than later in the day which makes a world of difference between getting harassed or ticket.

“We have some new lobbyists in the AZ SMRO world so an ‘easy’ bill is helpful in getting them up to speed about the legislative process,” said ABATE of Arizona president Mary Donnay when asked why HB 2345 was an important measure to have passed.

Riders from around the state gathered together on Monday, Feb 23 for Motorcycle Day at the Dome which allowed riders to speak directly with their elected officials on the matters that were important to them. When asked about the general feedback the riders received from the politicians, Donnay shared that one major concern was that ATV’s were included on the bill and high handlebars could cut down on the ability to see. Other riders, however, shared that they wanted to see less laws and more freedoms for everyone.

Conversation at the Dome also turned to the concern of cameras at intersections that were sending out speeding tickets and how this might be affecting Arizona riders. “Some Arizona cities have ‘scameras’, said Donnay. “There is also pending legislation this session to ban them statewide. The main complaint is that you cannot face your accuser. There are instances when it was prudent to increase speed to get around some idiot texting or veering out of their lane. Some claim ‘the other guy’ was speeding next to them but they got the ticket.”

Donnay went on to share that riders who are actively engaged in the legislative process feel that legislators who endorse the use of cameras do so because of the complimentary campaign funds they receive from the Clean Elections programs – which, you guessed it– is funded by camera income.

Even though the current legislative session is still in gear, Donnay shared that ABATE of Arizona is already looking ahead to the next session at which they are seriously considering having the lane splitting issue introduced.  She believes that since the American Motorcyclist Association endorses lane splitting, they may be willing to help ensure the Arizona riders get the correct verbiage in their future bill.