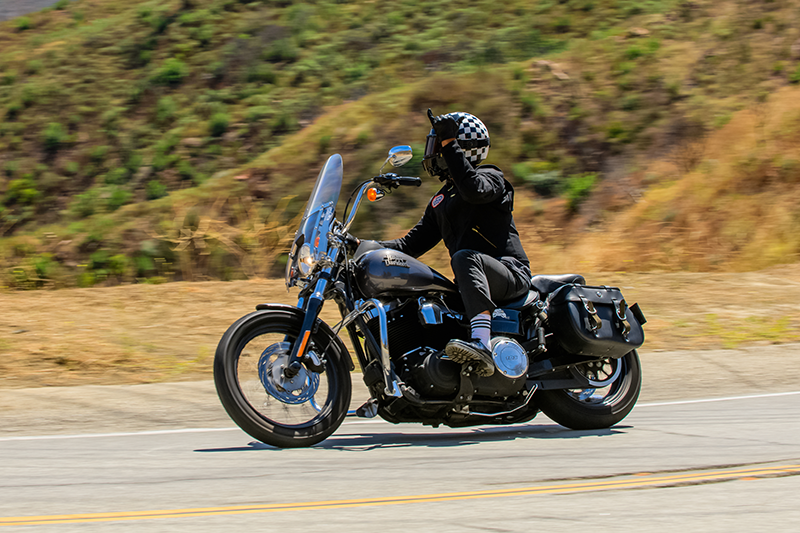 This past September, I had the pleasure of attending the Ride for the Children charity ride benefiting Olive Crest, an organization that helps at-risk children find safe harbor from domestic violence through loving foster families and educational support and services. The Ride put two powerhouses Harley Dealerships to work and joined forces to help bring awareness through their network of riders. Bill Bartel (Bartels Harley in Marina Del Ray) and Oliver Shokouh (Glendale Harley & Santa Clarita Harley) gave support and came along for the ride. 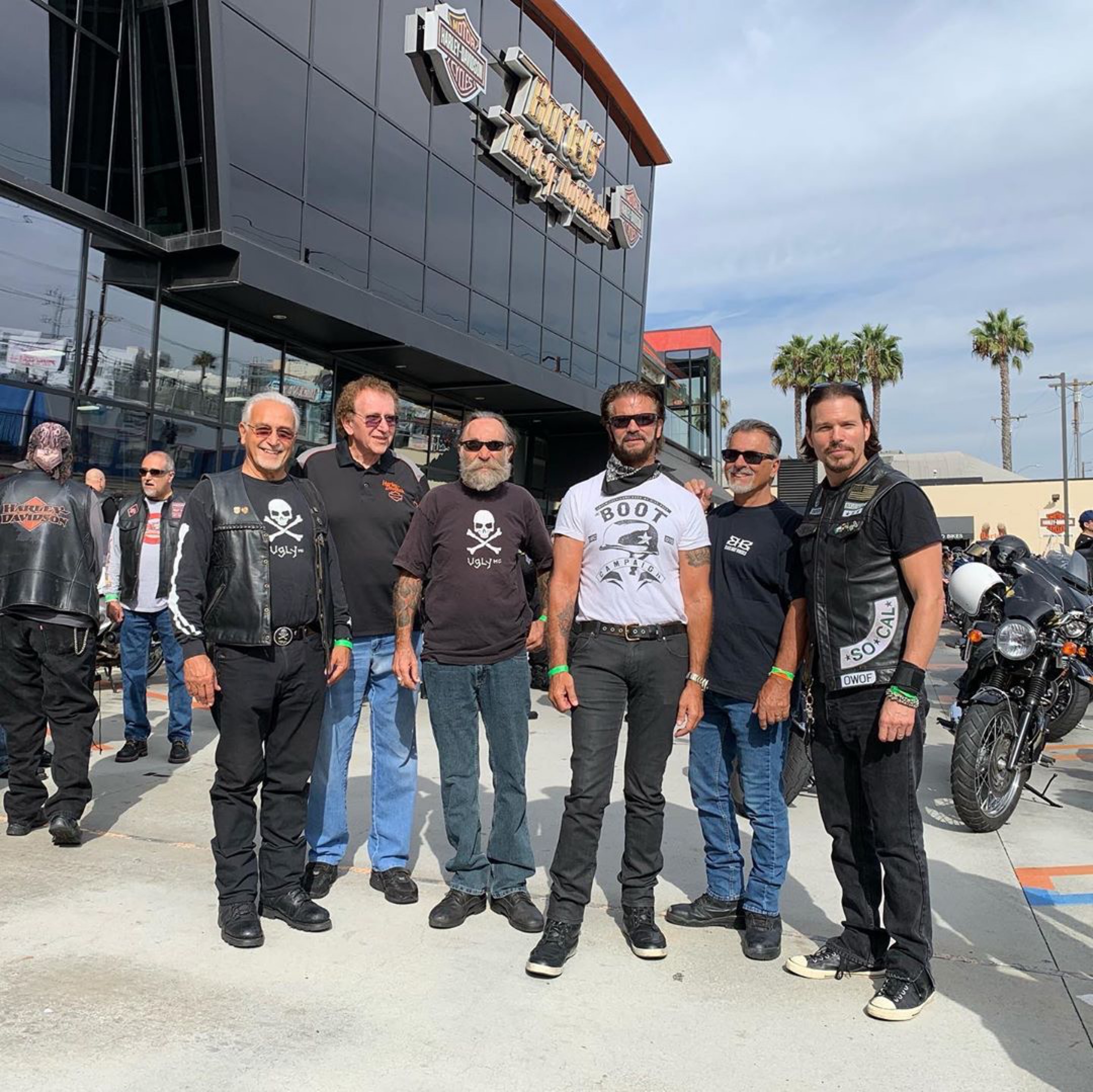 Apart from the 200 plus riders that got together from Bartels Harley, Marina Del Ray, we had celebrity Grand Marshalls lead the ride. LtoR: Oliver, Bill, Dave Ekins, Lorenzo Lamas, Perry King, & Sean Mcnabb.

When Charity calls, the celebrities answer. Lorenzo Lamas has always been an avid supporter of all things charity especially when it involves motorcycles. You might remember him from the T.V. shows such as Renegade, The Bold and the Beautiful, and the movie Grease. Lorenzo Lamas giving his time to fans and brand support with Ascot Motorsports.

The ride started off at Bartels Harley-Davidson and took to the coast. PCH (Pacific Coast Highway) in Santa Monica is always a zoo with tons of tourists trying to figure out parking and ultimately get the perfect Instagram shot which I can’t blame them since the weather was perfect that day. Riding north on the PCH and faintly into the Malibu canyons we rode in a single file traversing our way into these melodic winding roads. There’s something to be said riding up the Malibu canyons with a group of Harleys. Yes, there are other bikes but this one is mine.

Throwing shakas while going in a turn. Jon Crossentine (@victoryjon) capturing that moment of moto zen. 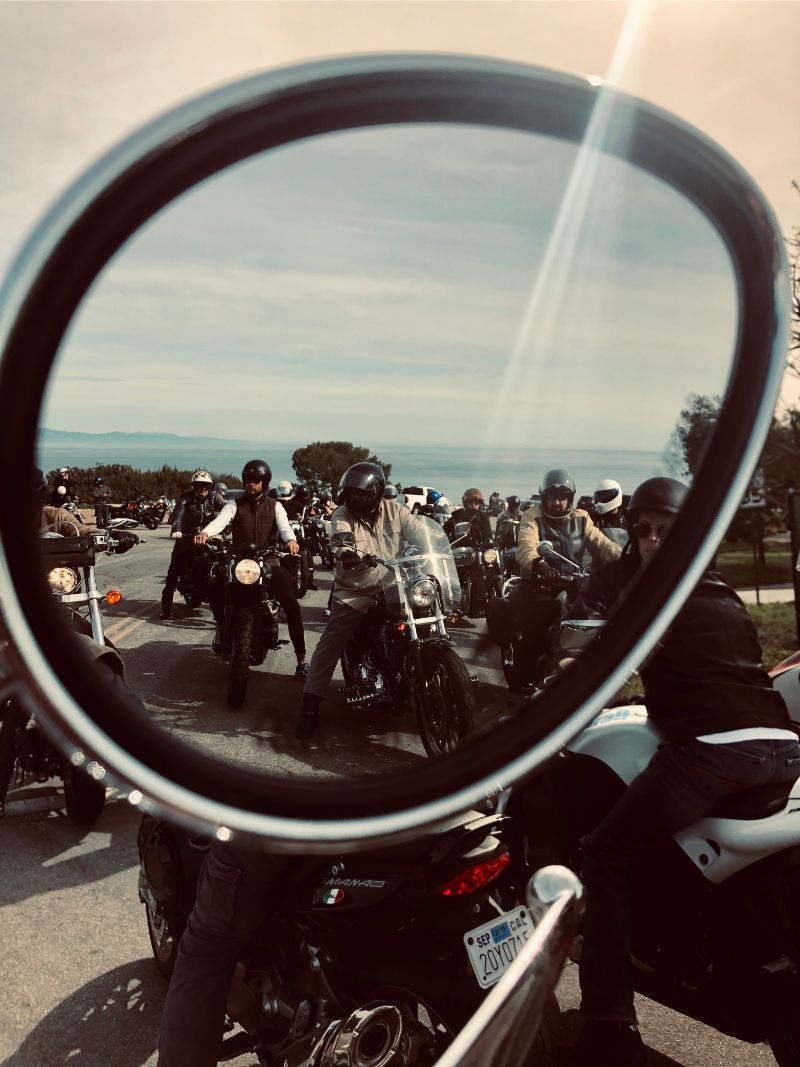 Looking back and seeing 200 plus riders behind you is a powerful feeling especially when you’re all riding for a good cause.

As we got deeper and deeper into the canyons, we finally hit Paramount Ranch. For anyone that’s never heard of the place, Paramount Ranch has been used in dozens and dozens of movie and T.V. location shoots. Paramount Pictures had purchased 2,700 acres back in 1927. It is mostly known for its Ghost town set that has been used in several western T.V. shows in the early 1950s. Since the Woolsey fire back in November 2018 that destroyed most of the set, the only standing structure that remains is the train station and the chapel. Multiple groups and motorcycle clubs unite to ride together as one.

We were met with smiling faces as we rode through the event space. Tri-tip and bbq chicken was for lunch and the men and women that rode up to Paramount Ranch seemed satisfied. Tri-tip is what’s on the Barbie

Along with the delicious food being served, there were vendors to look at. Russ Brown Motorcycle Attorney was there to give advice and information. Ascot had their impressive 20ft rolling retail stand full of apparel. Apart from the nostalgic motorcycle brand, Ascot also carries Dickies Moto which is Dickies line with an anti-abrasion fabric called Ironcloth. Check it out if you’re looking for something more comfortable than Kevlar. Supporting vendors came out in droves.

As the day went on, the raffle tickets were being called out. I think the best part of the day was the amazing items they had collected for the auction. There was a helicopter ride with Lorenzo Lamas as the pilot. They had Jimmy Kimmel backstage pass and VIP pair of tickets to one of his shows. Another huge prize auction was 7 days and a 6-night Safari tour in South Africa that was worth $5700! Our friends at Russ Brown Motorcycle Attorneys® always holding it down and supporting every rider who needs their assistance.

Living in Los Angeles has a lot of perks with several events to choose from each and every weekend. The reason why I chose to do the Ride for the Kids event is that the foundation hits close to home. As a young teen and three brothers, my parents decided to become foster parents after learning about the number of newborns that are left without a home. My family took to help because my parents heard their calling. I would do the same by helping out spread the word about this fantastic organization called Olive Crest.