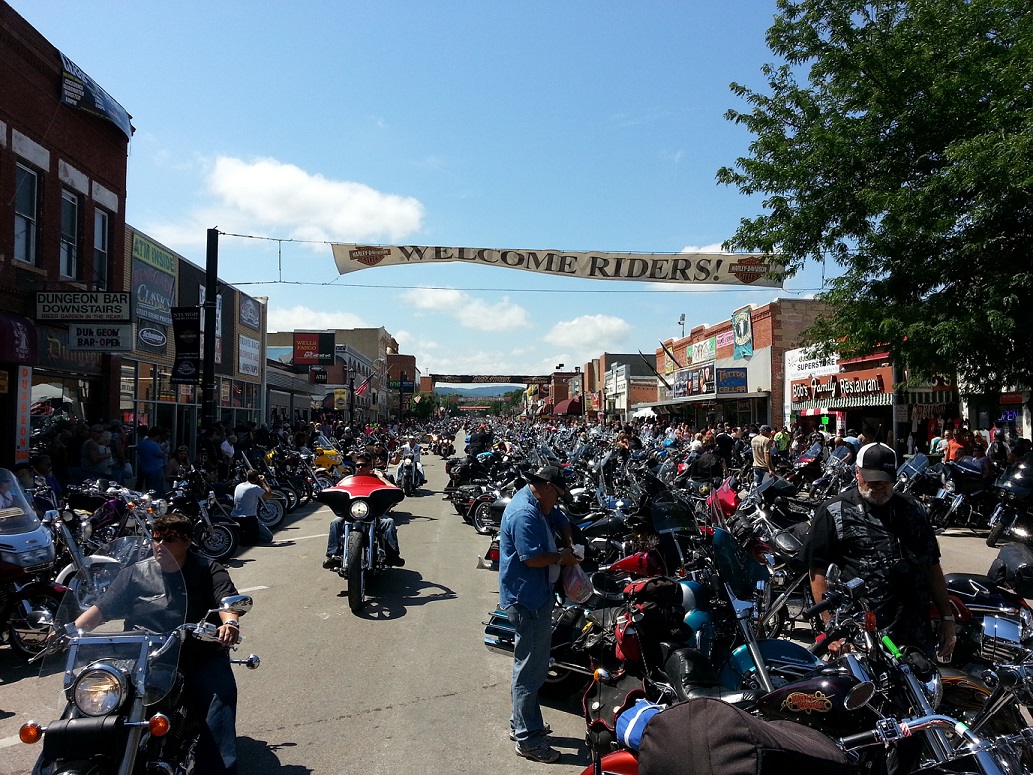 Pennsylvania HB 1580: Helping to Stop the Profiling of Motorcycle Riders 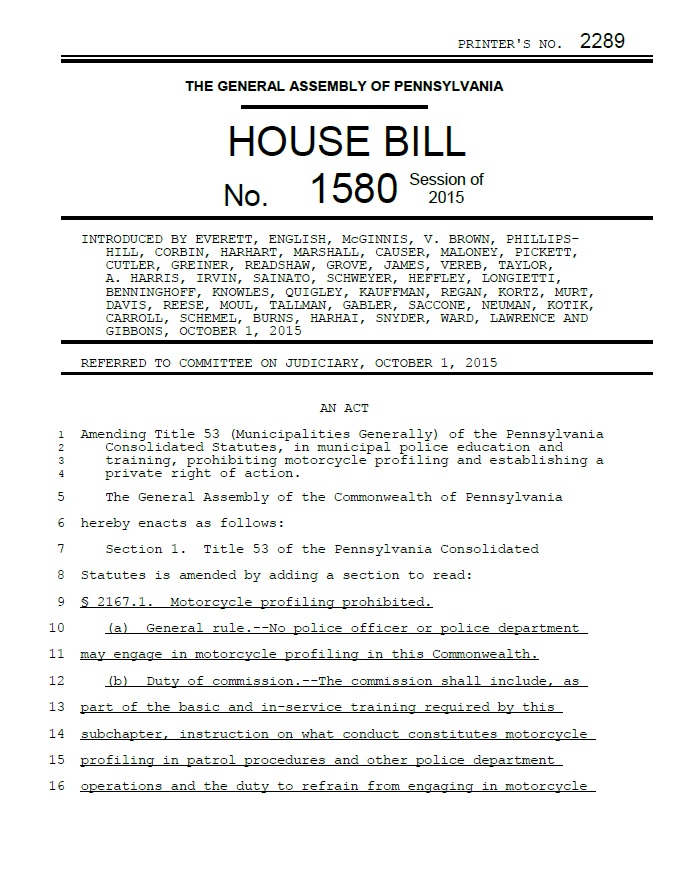 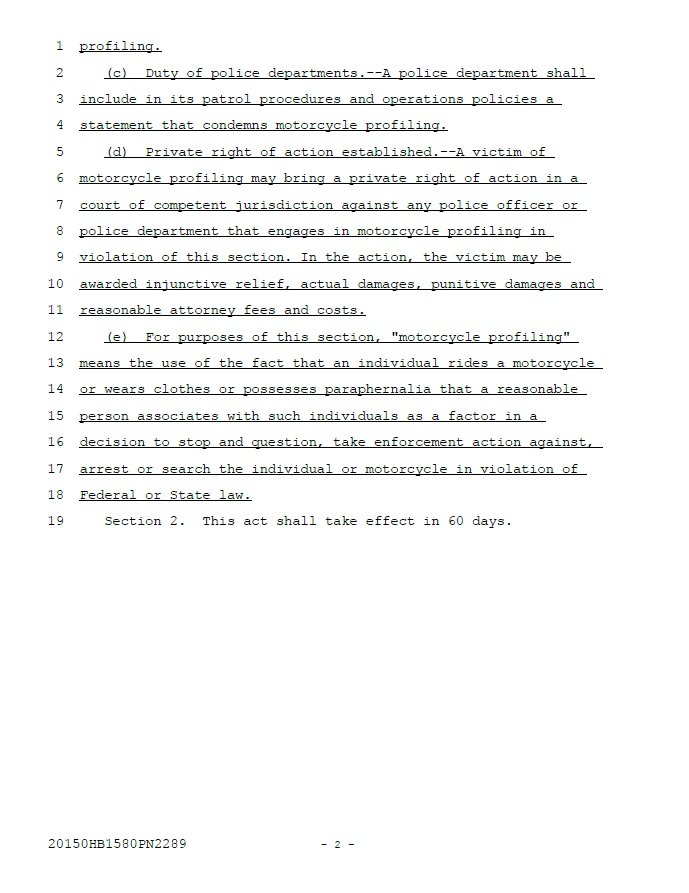 House Bill 1580 prohibits motorcycle profiling and establishes a private right of action for victims of profiling. The Eastern Pennsylvania Confederation of Clubs earlier this year approached the Motorcycle Profiling Project which assisted in constructing a comprehensive Legislative Proposal specific to the state of Pennsylvania. This proposal was ultimately used to approach potential sponsors.

Although September 30th would normally be considered late in the session for introducing new legislation, even in Pennsylvania which runs nearly all year, all bills from 2015 will roll over to the 2016 session. This provides more than enough time for a prepared and active movement to positively negotiate legislation through the arduous process of the legislature.

As noted by the MPP, “The combination of the Pennsylvania COC’s manpower with ABATE’s lobbying experience should be commended and serve as an example for other states to follow.” The COC and ABATE are selflessly collaborating for the benefit of the entire motorcycling community.

The necessity for HB 1580 cannot be over-stated. The pattern of profiling is pervasive and widespread and includes examples of individual and group discrimination. Profiling stops and discrimination have been documented on video and the issue is gaining relevance.

A primary example just occurred on November 1st. The Philadelphia PD blockaded the Pennsylvania COC and prevented them from participating in the annual Delaware Valley ABATE Toy Run. PPD sources claimed that they blocked the COC from jumping to the front of the pack at the request of ABATE. But these claims turn out to be false. According to a letter widely distributed by the president of the hosting ABATE chapter:

DEL VAL ABATE did not have any knowledge nor do we condone the actions of the police. The COC’s and 1% clubs were invited and welcomed by my chapter to attend. I personally did not find out about this until later in the day. I will do my best to handle this situation. if you have any questions feel free to contact me.
– Mike DiFurio, President, Delaware Valley ABATE, Chapter 63

This type of unconstitutional behavior demands legislative relief and it appears many Pennsylvania Representatives agree. HB 1580 is virtually cost-free and requires the same simple policy statements and basic training that have empirically reduced the profiling of motorcycle riders in Washington, the only state with a law prohibiting the practice. HB 1580, with 47 sponsors, has substantial support. Indeed, Pennsylvania could very likely be the next state with comprehensive protections against the profiling of motorcycle riders.